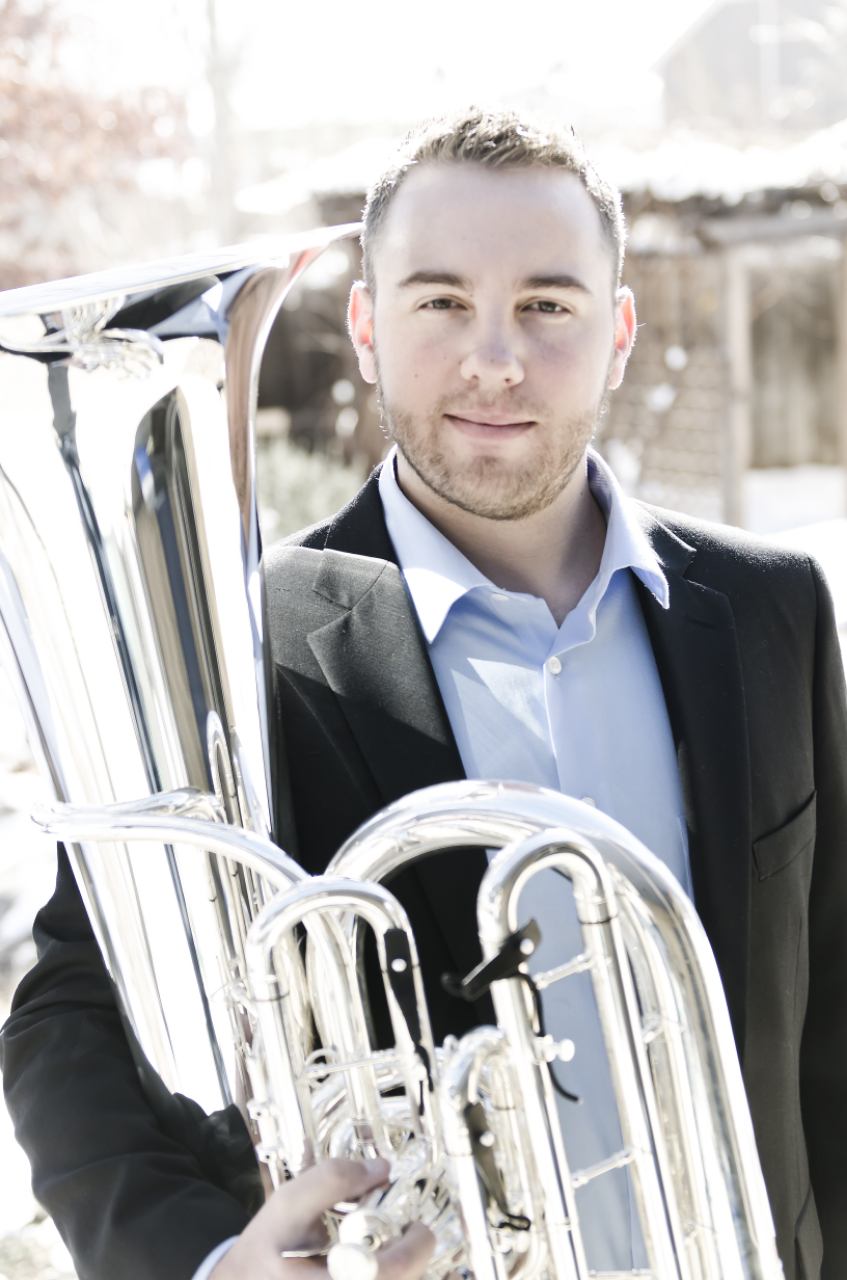 Steve Vaughn, a native of upstate New York, is a freelance musician across the front range of Colorado and currently holds the position of Principal Tuba with the Fort Collins Symphony. Equally at home performing on both tuba and euphonium, Steve also holds the position of Solo Euphonium with the Pikes Peak Brass Band, an internationally acclaimed British-style brass band based in Colorado Springs, CO. Additionally, he performs as a part of Versatile Brass, a 10-piece brass ensemble made up of principal players at Pikes Peak Brass Band that have taken 1st place at the North American Brass Band Association (NABBA) Championships the past 2 consecutive years.

Steve is an active soloist on euphonium having taken first place in the Arapahoe Philharmonic Gordon T. Parks Concerto Competition. He appeared as a guest soloist with the orchestra performing Vladimir Cosma’s Euphonium Concerto in 2015. He has also appeared as a soloist with the Boulder Concert Band and Rocky Mountain Brassworks as the winner of the 2015 Rocky Mountain Brass Band Festival Solo Competition. As a tubist, Steve has performed with multiple bands and orchestras including the Longmont Symphony, Denver Municipal Band and San Juan Symphony. As a chamber musician, Steve has performed with Boulder Brass and was a member of the graduate brass quintet while at CU-Boulder. Other notable accomplishments include being a Semi-Finalist for auditions with the United States Air Force Band and the United States Army Band in Washington, DC. In 2014 he had the opportunity to perform tenor tuba on Holst’s The Planets with the National Repertory Orchestra in Breckenridge, CO. Steve maintains an active teaching studio in the Boulder/Denver area of brass students at the high school and middle school level and frequently appears as a low brass coach for honor bands across Colorado.

In his spare time, Steve enjoys exploring the wide variety of craft breweries Colorado has to offer, along with being an amateur homebrewer himself. He lives in Denver with his fiancée Jessica and their quirky cat, Bruce.