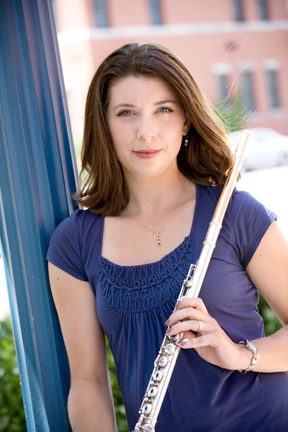 Kristin Sommer has been a member of the Fort Collins Symphony since 2005, performing on both piccolo and flute. She first became intrigued by the sound of the flute at the age of eight while listening to her parents’ collection of opera records. This led her to eventually pursue a Music Performance degree from the University of Colorado at Boulder followed by graduate studies at Yale University in New Haven, CT. She performs frequently with regional groups such as the Cheyenne Symphony, Greeley Philharmonic, and the Colorado Bach Ensemble, as well as maintaining an active schedule as an educator and mentor for flute students throughout northern Colorado. In addition to her work as a music educator, she is also a certified yoga teacher and has a strong interest in exploring the places in which music and mindfulness intersect. She resides in Fort Collins with her husband Peter and their two children and a rather large assortment of musical instruments.