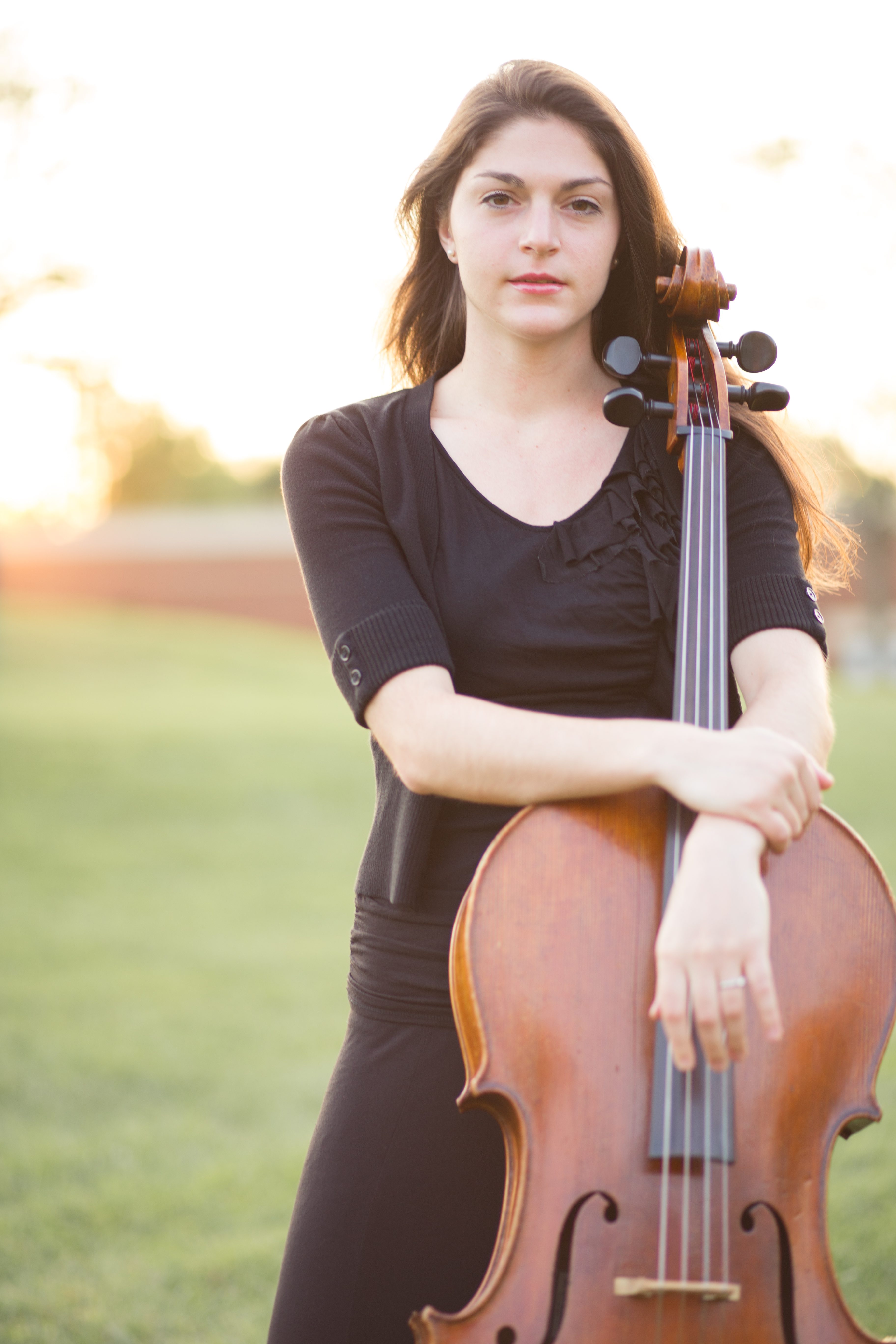 Jessica Albrecht is an accomplished cellist and teacher who approaches every endeavor with artistry and passion. Born and raised in Maryland, she currently lives in Wyoming where she is the newest addition to the cello sections of both the Cheyenne Symphony Orchestra and the Fort Collins Symphony.

As a chamber musician, Jessica has performed at prestigious venues such as the Kennedy Center, the Modell Performing Arts Center at the Lyric in Baltimore, the National Gallery of Art, the Baltimore War Memorial, the Washington Arts Club, the Fringe Arts Festival in Philadelphia, and B.B.King’s in New York City.

Jessica has a passion for teaching and has maintained a private studio for eight years. She has taught previously at Music and Arts, the Waldorf School of Baltimore, Bishop McNamara High School in Forestville, and Mike’s Music in Ellicott City, MD. She currently substitute teaches in the public school district of Laramie County, Wyoming.

Jessica has premiered works by many contemporary composers including William Kenlon, Alexandra T. Bryant, and Michael Gilbertson, as well as recorded orchestral works of Kevin Puts under the baton of Baltimore Symphony Orchestra conductor, Marin Alsop, for Naxos. Along with performing on New York Public Radio, she has recently recorded a CD by Raymond Driver in songs set to the poetry of W. B. Yeats in “Never give all the Heart” on Merrow Records. With the Peacherine Ragtime Society Orchestra, Jessica recorded the most recent and highly acclaimed album “Elite Syncopations: Favorites from the Ragtime Era.” Jessica won the Maryland Distinguished Scholar Talent-in-the-Arts section in 2011 and has since been awarded the Clifford Arnold Bernsen Memorial Fund and the Tretter Award for Chamber Music.