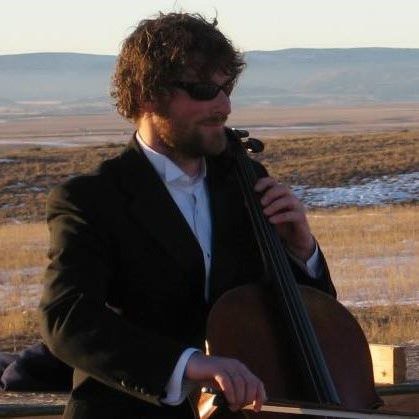 Mr. Linder began playing cello at the age of four under the instruction of Frances Reedy, utilizing a modified version of the Suzuki method. As a junior in high school Mr. Linder began taking lessons from University of Illinois professor Laurien Laufman, a former student of Janos Starker. Mr. Linder received an undergraduate degree in music performance from Michigan State University where he studied under Suren Bagratuni. Mr. Linder went on to receive his master’s degree in music performance at Colorado State University under the tutelage of Barbara Thiem. While at CSU Mr. Linder performed the Schumann Cello Concerto with the university orchestra and received the honor of Outstanding Graduate Musician upon completion of his degree. In addition to being passionate about music, Mr. Linder enjoys assisting community members through the practice of law at a local law firm where he is a named partner. In his free time Mr. Linder enjoys spending time with his wife and three daughters, going on long bike rides, hiking, skiing, cooking, listening to records, playing soccer and discovering new beers.