In keeping with its Season 69 “Sound Travels” theme, the Fort Collins Symphony (FCS) will present the world premiere of VIBE! by Los Angeles composer Greg Smith on Friday, January 18, 2019 at 7:00 p.m. at Timberline Church. However, instead of traveling to the locales where various symphonic works were created, the audience will journey behind the scenes to see how sound itself travels.

This lighthearted and often funny musical exploration of the science of sound will be narrated by the composer and performed by the FCS under the direction of Maestro Wes Kenney. During the course of the 32-minute orchestral piece, Smith will guide the audience on a journey to discover how energy vibrates air molecules, forms the sound waves that travel to our ears, and is decoded by our brains. Using various FCS orchestra instruments, he will demonstrate how sound is created. Additional topics include the speed and behavior of sound in three mediums (gas, liquid, and solids), how echoes work, and the significance of having two ears. Recurring audience participation creates a collaborative and fun experience. 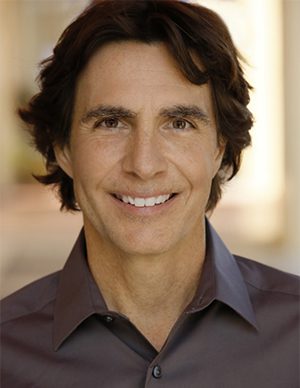 Gregory Smith is a prolific composer for Walt Disney theme parks, CBS, ABC, and ESPN. His family/educational symphonic works have enjoyed nearly 1,000 performances by more than 200 orchestras worldwide. He is known for his ability to disguise informational content with story, jokes, and audience participation. Most recently, Smith performed his “A Major-minor Mystery” for the FCS Youth Education Series (YES concerts) in 2017.

As part of the Fort Collins Symphony’s annual YES concerts, Smith’s new work will be performed for over 4,300 4th and 5th grade Larimer County students on January 17, 2019.

VIBE! is open to the public and families are encouraged to attend. Tickets are $5 for youth and $10 for adults with a 25% discount for a family of four or more. Scholarships are available. Tickets can be purchased at www.FCSymphony.org or by calling 970.482.4823.

By FCSymphony
Ukrainian Adventure, Part IV Another big breakfast then off to rehearsal. The orchestra is quick to respond to changes and…
CONTINUE READING